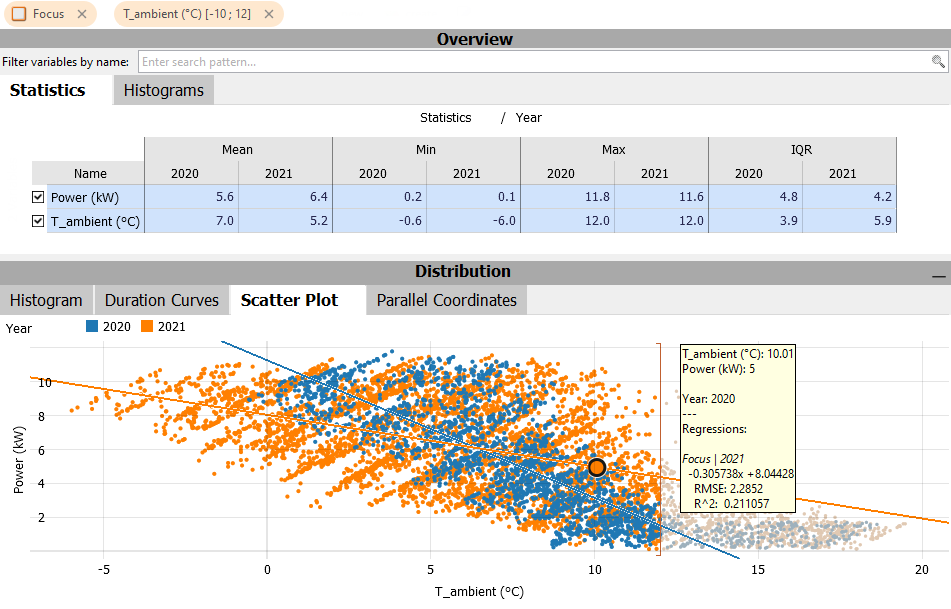 Checking and cleaning data from energy systems used to be very time-consuming and kept us from our core tasks. With Visplore, data preparation has become much faster, and the quality of the resulting data has improved. – Leader of Energy Innovation Lab

A large district heating operator collected a considerable amount of process data over the years at minute resolution. These data covered temperatures, flow rates, and power consumption of his large consumers, area converter stations as well as operational data of his power plants.

The innovation department was called to explore the data and use it to evaluate ideas for future business services and optimizations. Working with the data was challenging due to the large amount of time series and data quality issues. Moreover, the engineer had a building energy system background and lacked advanced data science skills.

The project manager in the innovation department had to cleanse and check the data for plausibility and completeness. The dataset contained five years of data with a selection of 430 time series in minute resolution. Data issues had to be discovered and fixed, e.g. some energy meter values were not increasing monotonically.

Furthermore, it was necessary to evaluate how suitable the data was to create new business services for the customers. Being a highly explorative process, this required fast and dynamic iterations. Likewise, optimization potential had to be analyzed to potentially reduce return temperatures.

The project manager used Visplore for quickly exploring and interactively preparing large sets of process data. By filtering similar variables, and comparing them in a normalized heatmap, Visplore revealed quickly when energy time series were reset after heat meter replacements.

Furthermore, the correlation dashboard explained the heating characteristics (such as night/day setbacks or weekday/weekend patterns) at one glance. Consequently, Visplore allowed the project manager to easily explore and prototype new business offerings by evaluating how suitable existing data was for e.g. future energy consulting services. At the same time, Visplore allowed him to interactively  discover optimization potential and other valuable insights in an explorative process for the district heating company.

Visplore’s ready-to-use cockpits accelerated the process of validating, enhancing, and evaluating the available data set from two months to two weeks. While these tasks so far involved multiple iterations and specialists across departments such as data scientists, Visplore allows domain experts to do this now by themselves.

Read more about how Visplore transforms …

Energy and Utilities
Scroll to top